N.H.O HAS MADE A SIGNIFICANT IMPACT IN THE REAL ESTATE SECTOR WITH ITS NINE-YEAR JOURNEY. 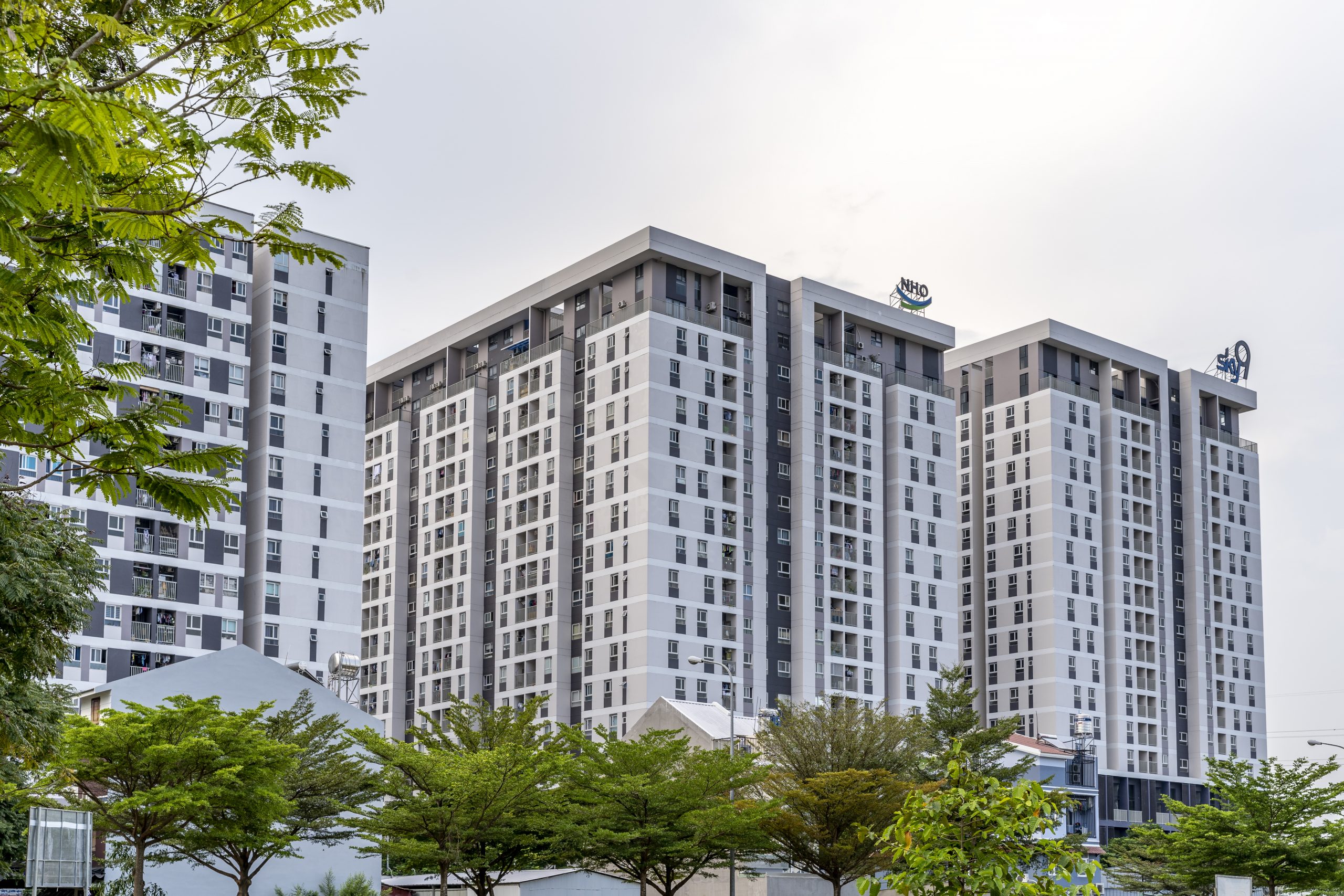 N.H.O has had remarkable success with numerous projects in Vietnam provinces and cities over the last 9 years, with a strong determination in building a product category with affordable prices aiming at the majority of people

When the real estate market in Da Nang slowed in 2012, a new project was launched that drew a lot of attention since Customers could purchase a 60m2 two-bedroom apartment for only 450 million VND. NestHome is a project of the National Housing Organization Joint Stock Company (N.H.O) with Korean founders and a Singaporean investor.

NestHome not only has a low price compared to other competitors, but it also attracts Customers over with synchronized planning, intelligent and insightful design, and a broad range of utilities to fulfill residents’ demands. The results were amazing that  all 420 apartments were sold out ahead of plan.

Although the founders of N.H.O. had a successful launch with NestHome for a vast number of Customers, their starting point was high-end real estate. Mr. Kim Kyo Chul, a member of the NHO board of director, said he is well-trained and experienced in advising for multi-billion dollar real estate planning projects in Korea and  ASIAN. After arriving in Vietnam, he worked on the development of a number of high-end real estate projects with the hopes of making a breakthrough in his profession. Then he was taken aback when he discovered that the majority of the Vietnamese laborers who worked beside him did not own a house.

“I have about 30 to 40 staffs who don’t have a house, and they reflected a large number of Vietnamese who have never got one”. Undoubtedly, there is a tremendous demand for housing, but most Vietnamese have been unable to obtain it due to exorbitant pricing” Mr.Kim recalled.

Having a thorough understanding of the market’s demand and possible prospects, Mr. Kim and his associates were determined to establish NHO in 2012 with the goal of becoming a leading company in developing quality housing projects at affordable prices, thus most Vietnamese could afford them.

When it comes to project design, maximizing apartment functions, and investing in facilities for residents, N.H.O’s products form their own qualities. N.H.O has completed 12 projects to yet, bringing approximately 10,000 housing units to market, primarily at costs below 1 billion VND per unit. N.H.O’s Customers include many people who are purchasing their first house. After being handed over to customers, the value of many initiatives skyrockets. In the previous five years, N.H.O. has grown at a pace of 30% every year on average.

N.H.O expanded its efforts to numerous other locations, with a concentration on the Northern Vietnam, after creating a buzz in Ho Chi Minh City with typical projects including Sky9 and Imperial Place. Mr. Kim considers these areas because the location has a lot of potentials. The advantages include the rising labor market, well-connected infrastructure, and dynamic economy.

Mr. Kim emphasizes that N.H.O’s advantage in acquiring new markets is due to its adaptability. If NHO used to put a lot of emphasis on “hardware,” that is, constructing the foundations for reliable housing, now the firm focuses more on “software,” which helps determine the community’s future and lifestyle. “A house is ultimately not only a place to live, but also a place to nourish people’s lifestyles and spirits,” Mr.Kim explained.

Such movement is noticeable in the projects that N.H.O has lately put up for sale. Typically, Dragon Castle Ha Long is the province of Quang Ninh’s major project. The apartments in this building include a main door that leads directly to the living room and an open glass balcony that faces the sea, allowing occupants to enjoy relaxing moments while observing Ha Long Bay and breathing in the fresh sea breeze. These residences, which are expected to cost around 1 billion dong, will be formally given over in Q1.2023.

The N.H.O’s BOD expects 15,000-25,000 housing units each year in the next years, believing that this is the best quantity to impact the market “However, N.H.O.’s mission is not to increase profits, but to decrease expenses and maximize the value it offers to customers” Mr.Kim addressed.

What gives N.H.O the confidence to pursue this goal? That’s because N.H.O owns a closed ecosystem that includes design, construction, and project management, according to Mr. Kim. This is a benefit for the firm to grow, especially in terms of solving the problem of product cost optimization. As a real estate developer, NHO is at the center of this strategy, working in strategic partnership with top partners such as ADU (architectural design), Handong (construction general contractor), and Shin Yeong (project management).

Mr. Kim stated that N.H.O. has concentrated on strengthening the relationship from its beginning in order to enable many families believe that they can purchase a good home despite their modest income. In the next five years, N.H.O hopes to put its founders’ experience in high-end real estate development into commodities that would steadily increase housing standards in Vietnam.